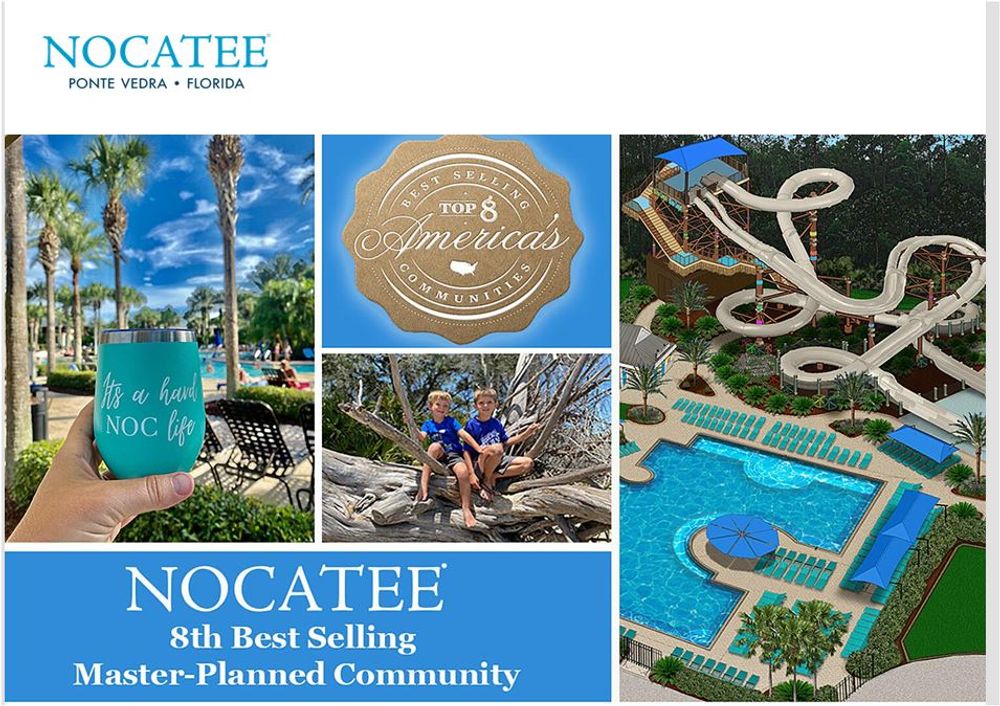 For the eighth consecutive year, Nocatee ranks in the TOP-EIGHT master-planned communities in America! The numbers were just released by RCLCO Real Estate Advisors in its year-end report of the Top-Selling Master-Planned Communities of 2020.

Since 2013, Nocatee has solidified its ranking in the nation's top 10 MPCs. As of January 2021, over 8,100 families call Nocatee home. Much of this success is due to the continued development of the shops, restaurants, and amenities around the area. In 2020, Nocatee welcomed over a dozen new businesses to the community, including Baptist Health Place, Ben & Jerry's, First Watch, Flagler Health+ Village, Greenwise Market, Really Good Beer Stop, YMCA, and many more.